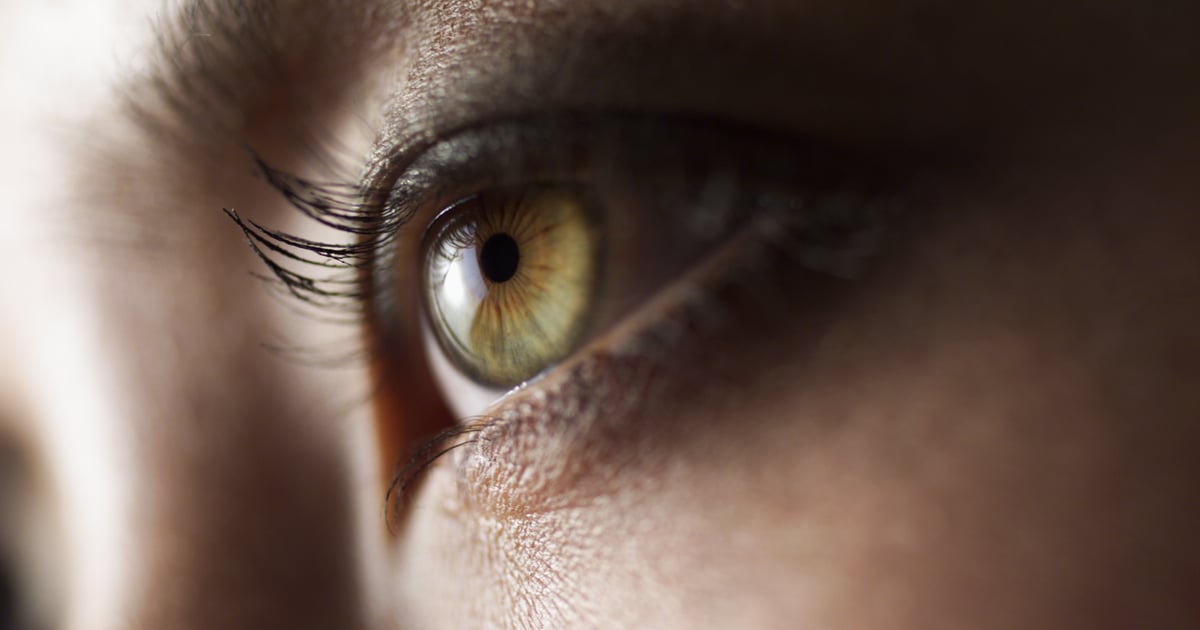 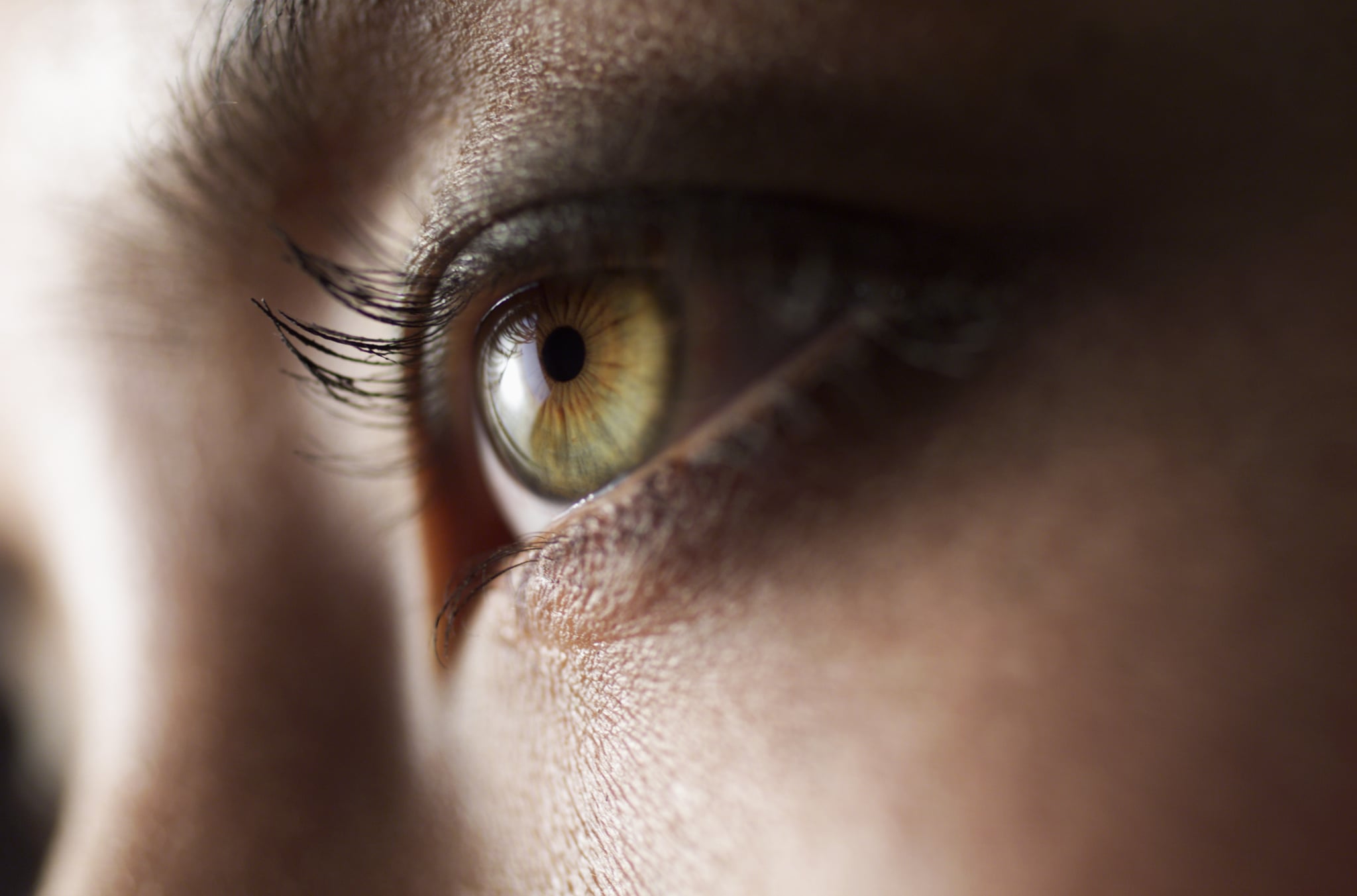 I was in an important meeting at work when I first noticed the pain in my right eye. I figured it was a stray eyelash, but when I finally made it to the bathroom after the meeting, I couldn’t find anything. The white of my eye was red and irritated, though — which made sense, given how much I had rubbed it at that point — so I decided to take out my contact lenses and wear my glasses instead.

I could barely keep my eye open when I stepped outside at the end of the workday. The sun was bright, which caused my eye to tear up like crazy. I had to keep it closed in order to drive, which I realize now was probably not the best idea. I was supposed to have dinner with my parents that evening, but my mom noticed that something was wrong as soon as I walked through the door. She insisted that I get it checked right away and offered to drive me to the emergency room.

I was 24 at the time and thought my mom was overreacting, but I agreed to go to the ER. Hours and hours passed before I was seen by a doctor, who could only refer me to an ophthalmologist. I met with the eye doctor the next day. She was very knowledgeable and direct. She believed that I could be in the early stages of a severe and rare eye infection called Acanthamoeba keratitis (AK). She couldn’t be certain, though, so she wanted to wait another day to make a more informed decision about my diagnosis and treatment. If she gave me the wrong type of eye drops, the medication could make things worse.

Since she was going to be out of town for the next few days, I would need to be seen by another ophthalmologist for my follow-up. After examining my eye, the second doctor determined that I did not have AK. He believed that I had simply scratched my eye, probably while rubbing it with my hard contact lens that day at the office. I knew the pain started before I touched my eye, but he insisted that it was a scratch and should be treated with steroid eye drops. My mom chimed in with the warning shared by the previous doctor: if I had AK, the steroids would cause the parasite to grow. Again, he insisted that I did not have an infection.

After three months of treatment, the infection was gone. However, the toxic eye drops and scrapings my eye had endured left me blind in one eye.

I followed the doctor’s instructions and began using the eye drops, but days later, the pain was much worse. I scheduled another appointment. By then, the first doctor had returned. After examining my eye, she felt certain that I had AK. Not one to mince words, she told me this was very serious and that I could lose my eye to this infection. I was rushed to another facility, where doctors took a culture of my eye. The scraping was so painful. It usually takes 72 hours for culture results to come back, but by then, the infection was so severe that they called me after just a few hours. My worst fears were confirmed.

The steroids caused the parasites in my eye to multiply and wreak havoc at a faster rate. Because of that misdiagnosis, I endured three excruciating months of putting toxic drops into my eye around the clock. I was essentially putting Clorox into my eye. I got very little sleep, and I only went outside when I had to go to the doctor’s office, which became my second home that Summer.

After three months of treatment, the infection was gone. However, the toxic eye drops I used and all of the scrapings my eye had endured left me blind in one eye. My once-beautiful blue eye was now a dull, clouded light blue. I was blind for more than a year, including at my wedding. When the time was right, I was able to have a successful cornea transplant, which I am so incredibly grateful for. A few weeks after that, my husband and I found out we were pregnant with our first child. Knowing that I would be able to see my baby clearly and witness every milestone meant everything to me.

At first, I was angry with the doctor whose poor judgment did this to me. Honestly, I’m still pretty mad about it, and I’ll probably never get over it. But I also know that a doctor, like any other human, can make a mistake. We tend to put doctors on a pedestal, but my experience has taught me that it’s OK to question them, especially if you are uncomfortable or feel like something isn’t quite right. Don’t be afraid to ask for a second opinion . . . or a third or fourth. You don’t have to protect anyone else’s feelings, only yourself.

I Shouldn’t Have Said That… UNEDITED Makeup Tutorial
Acrylic Nails Tutorial 💅🏼✨ Diseños de Uñas Postizas
Amazon’s Slashing the Price of Apple’s AirPods Just In Time for the Black Friday
Dr. Fauci is Most “Worried” About These States
Signs You Already Had COVID and May Never Recover, Say Doctors