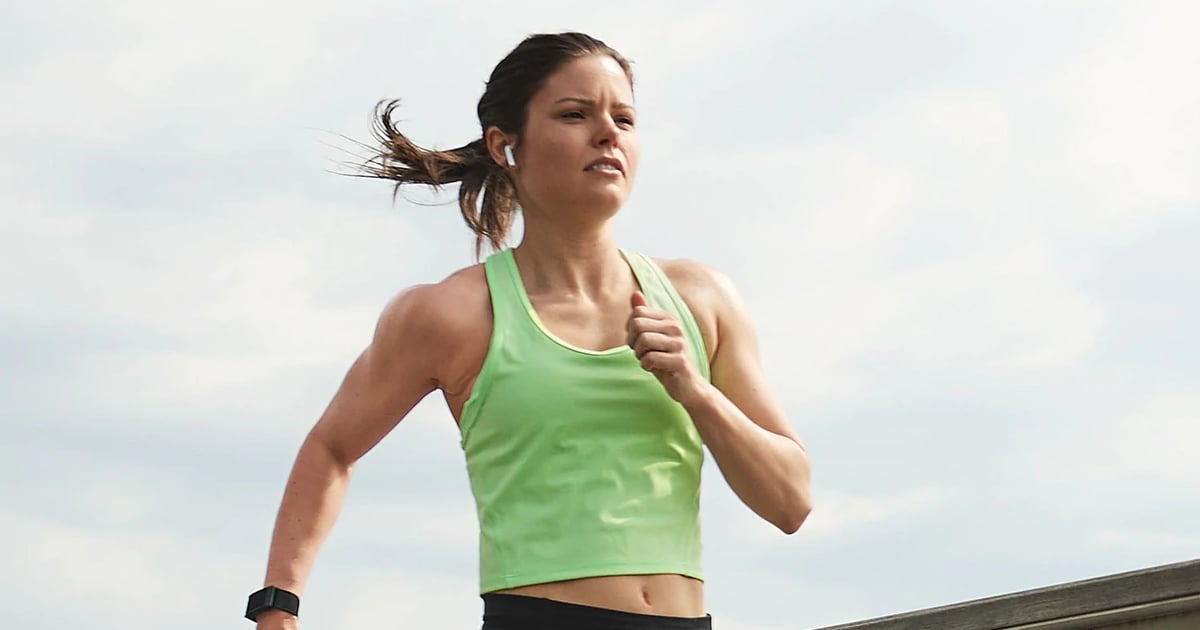 When it comes to my workout attire, I keep it pretty basic: black leggings or black shorts with a black tank top. Sometimes I mix it up with a little color or pattern, but for the most part, I sweat it out in something highly predictable. I typically look like if Wednesday Adams decided to ditch the long sleeves and hit the gym.

That all changed when Athleta sent me items from its new SuperSonic collection, specifically a mint green crop top and navy patterned tights. Not only is the SuperSonic line super cute, it’s also functional and sustainable. The SuperSonic fabric is made from recycled nylon made in a Fair Trade-certified factory, and creates new yarn out of the scraps that were cut from other garments. Through this process, Athleta has already helped eliminate 15 tons of waste.

OK, so it’s good for the environment, but how does it perform? I found the fabric light and breathable when I wore it during an indoor running class at Mile High Run Club in New York City. It also moved well and the high-waisted tights stayed put. But don’t take it from me; Olympian Allyson Felix, who has more medals than any other female track-and-field athlete in history, gives some of the pieces her stamp of approval, too. When I spoke to Allyson at the Athleta SuperSonic event at Mile High Run Club in New York, where she helped coach the class, she revealed that she actually wore two pieces from the SuperSonic collection when she competed at the USATF Outdoor Championships.

“I just competed in the US Nationals and I wore the Lightning Crop in SuperSonic and the matching short with it, too,” Allyson said. “It was amazing; I’m really excited about the high-performance pieces, which those are, and it performed great.” Allyson, who signed on as Athleta’s first sponsored athlete after her contract with Nike ended in December 2017, is even in the process of developing new products with the brand. It’s a partnership that felt organic for the gold medalist, who had a frightening and traumatic birth experience when giving birth to daughter Camryn Grace in December 2018.

In a powerful op-ed for the New York Times, Allyson revealed how Nike refused to contractually guarantee that she wouldn’t be punished if she didn’t perform her best in the months surrounding her childbirth. Now, with Athleta, Allyson feels like she and the brand “align so perfectly.”

“I love the fact that they stand to empower women,” she said. “They talked about redefining what sponsorship looked like, seeing me holistically and not just as an athlete, and that excited me. I had never seen anyone pose it that way, to recognize me as a mother and celebrate and embrace that. Even as an activist, seeing me in all these different aspects, and that’s something that drew me in.”

Ahead, shop the exact outfit Allyson wore during the USATF Outdoor Championships. You can also find my favorite SuperSonic tight and bra set, plus the matching crop top that I’m obsessed with. Sure, you probably won’t win any gold medals, but you can still run like a professional athlete with the help of these pieces.