When Courtney Love traded her “kinderwhore” trappings for an Atelier Versace gown that clung to her like Saran Wrap at the 1997 Oscars, some fans felt betrayed—as though their grunge goddess had sold out. But these days, when a young artist like Billie Eilish shows up on a red carpet in Gucci or Chanel, it doesn’t feel like a corporate co-option of a subculture. Instead, musicians like Eilish, FKA twigs, and Solange Knowles have become innovators—molding designer fashion in their images, rather than bending to some outside idea of it. Of course, music has always influenced fashion, but now the relationship between the two feels less like an extreme makeover and more like a collaboration, with pop stars consistently wearing the most daring, directional looks from the runway. Think of Cardi B in floral Richard Quinn, complete with full face mask, or Eilish in an oversize Burberry check ensemble and a bonnet cap at this year’s Brit Awards. 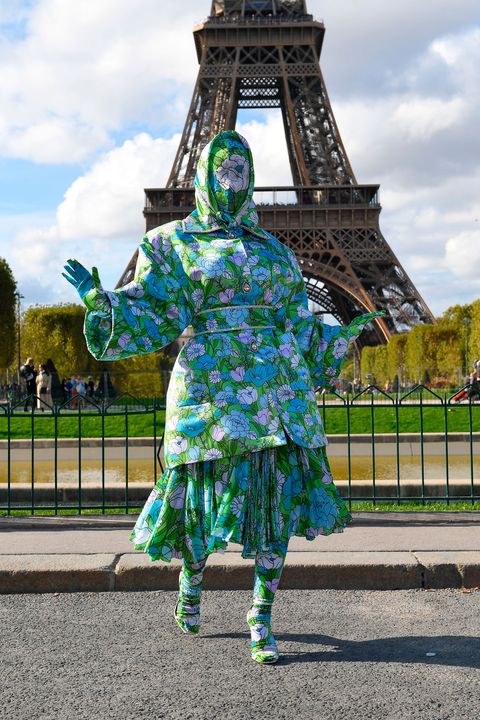 Cardi B, styled by Kollin Carter.

The artists themselves have plenty of input into their style, but the unseen architects behind these internet-breaking fashion moments are well-connected stylists like Kollin Carter (Cardi B), Kyle Luu (Knowles), Samantha Burkhart (Eilish and Rosalía, among others), Kat Typaldos (Maggie Rogers), and Matthew Josephs (FKA twigs). Their jobs can be launchpads to the design world, too: Jahleel Weaver, Rihanna’s stylist, is now deputy creative director of her brand, Fenty. 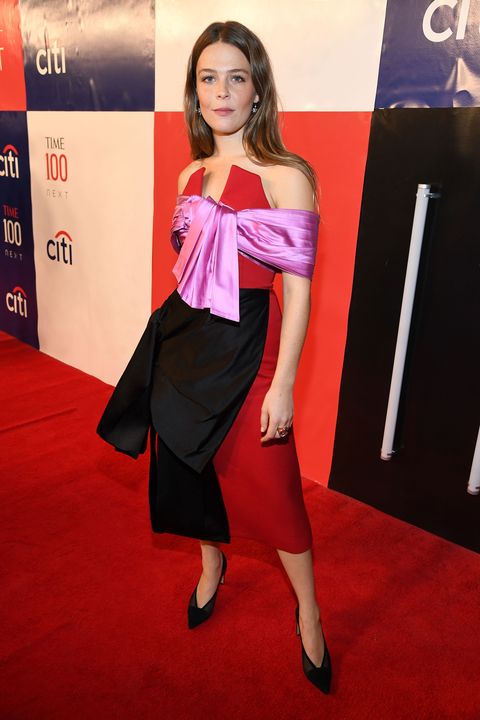 For Burkhart, Eilish’s love of oversize streetwear silhouettes is always the starting point. When she first began working with her about four years ago, Burkhart found her a dress for a photo shoot, then realized, “There’s something not quite right about this girl being in a dress.” Luckily, fashion brands have been willing to adapt their runway looks to her specifications and, as she puts it, “take their DNA and bend it to make it more Billie. They get that this girl is really the future of music right now. I’m able to go to them and say, ‘Look, we know she’s going to want a certain kind of fit.’ ” 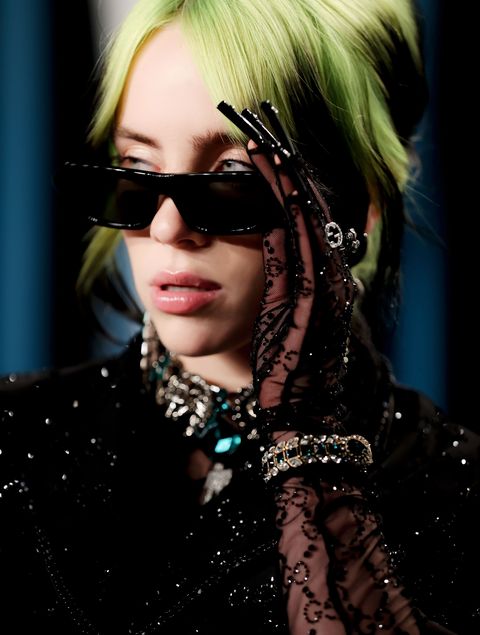 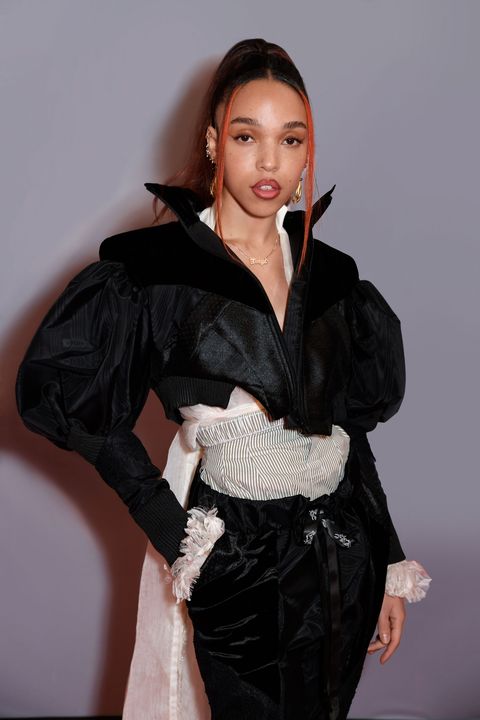 Josephs uses FKA twigs’s music as a visual guide; for her most recent album, Magdalene, he opted for a New Romantic aesthetic with modern updates. For the Brit Awards this year, “We did a take on a YSL-like ‘Le Smoking’ look, through British eyes,” which translated to a suit with tracksuit-style pants and faux boxers above the waistband. “It was a risk to see something like that on the red carpet rather than a gown,” he says of the look, by up-and-coming designer Ed Marler (who is also Josephs’s partner). Also risky: her daredevilish stage performances, which Josephs has to game out sartorially. For example, FKA twigs has been known to perform with a sword, which makes sleeves tricky. (“The sword can’t get caught in any cuffs or anything like that,” he says.) She has also done routines that involve pole dancing, including at this year’s Grammys. Before the show, Josephs worked directly with Riccardo Tisci and his Burberry design team on a custom look. The conversation went something like this, in Josephs’s telling: “Okay, so the back of the leg has to be exposed, the inner thigh has to be exposed, the armpit has to be exposed, the elbow inside has to be exposed, but the outside can’t be exposed, so where can you put the feather?” 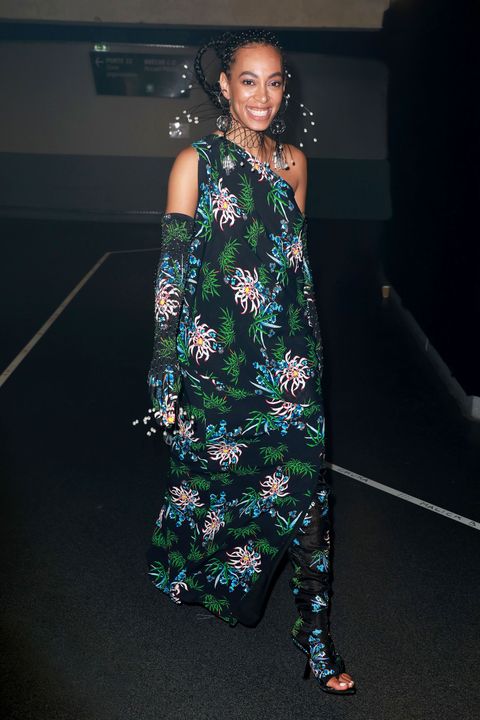 This cohort of musicians is also helping elevate the profiles of some of the most exciting new designers working today. FKA twigs has worn a clingy, wet-look Grecian gown by Greek designer Dimitra Petsa; Rosalía is a fan of Paris-based Korean label Kimhēkim; and Eilish has stayed loyal to streetwear brands Siberia Hills, Freak City, Left Hand, and The Incorporated. Luu, Knowles’s stylist, says that her client is particularly open to emerging names. “We’re looking on Instagram for things that we love. It’s not about numbers or press, it’s not about getting on the best-dressed list or even worrying about that,” she says. “If [the pieces] are loud or super-experimental, how do we refine that and make it a little more digestible, for something like a red carpet? Or do we not want it to be digestible, for something like a music video or editorial?” When she was working with Knowles on her album packaging for When I Get Home, she looked to creatives from all over the world, from Sweden to China to Georgia. Some of them weren’t even fashion designers, per se, like Dutch artist Esmay Wagemans, who designed the clear thermoplastic bodice Knowles wore for her album visuals.

As the red carpets of movie premieres and acting awards shows get tamer—likely due to actors limited by brand deals or cowed by the terror of the worst-dressed list—music videos, album packaging, and performance looks are getting even weirder and wilder. Says Burkhart, “Musicians want to wear something that’s so future-forward no one’s seen it before. I think there’s less pressure in terms of red-carpet dressing for musicians than there is for actors. Right now, for actors, there’s this impossible idea of having this perfect red-carpet moment, and there’s so much pressure about getting all the pieces right.”

Luu concurs. “As a stylist, you always hear, ‘Grammys: You can go a little more wild for it.’ ‘Oscars: No, tone it down.’ I think actors tend to be like, ‘I need to be taken seriously, so I can’t be too loud and crazy.’ Whereas musicians are like, ‘We’re expressing ourselves. We’re raging!’ ”

This article originally appeared in the Summer 2020 issue of ELLE.

GET THE LATEST ISSUE OF ELLE