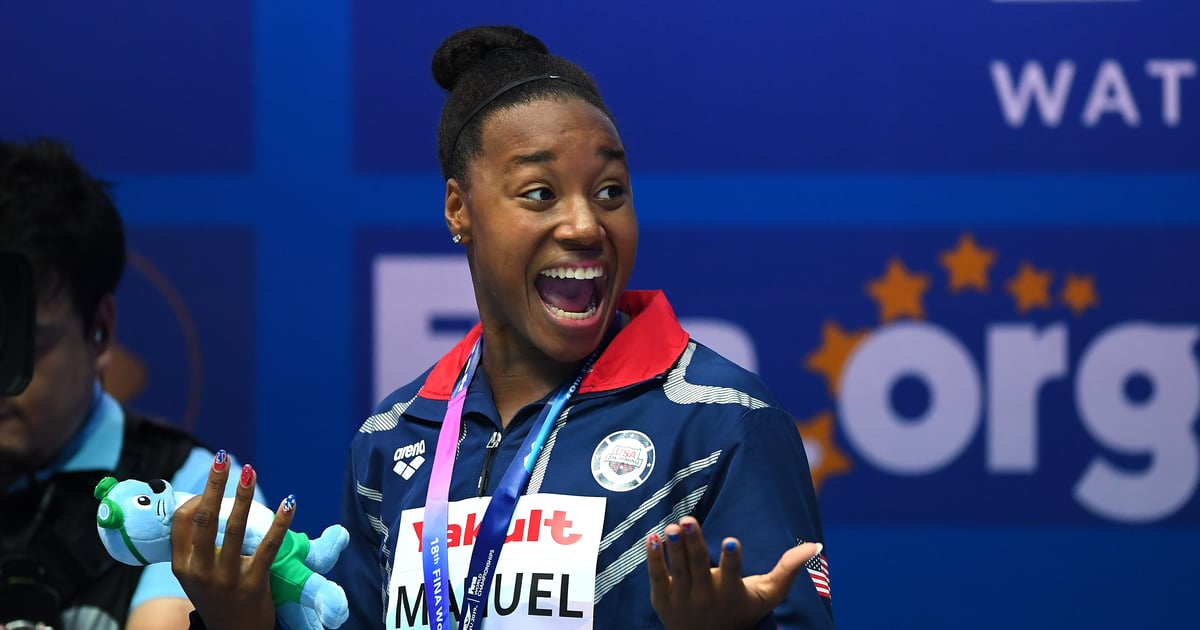 Simone Manuel has a thing for making history. She did it at the 2016 Rio Olympics, becoming the first African-American woman to take gold in an individual race. And on July 26 at the FINA World Championships, she made it happen again, defending her Olympic and world champion title in the 100-meter freestyle and breaking her own American record in the process. And, extraordinarily, she did it all from an outside lane.

That’s unusual, because the swimmers favored to win the race are always stacked in the middle lanes of the pool: three, four, and five. After a shaky semifinal and a slow time the night before, Simone was slotted into lane one, where she’d have difficulty seeing the other swimmers and have to deal with backwash splashing out from the middle of the pool. In other words, despite being the Olympic and world champion in this distance, Simone wasn’t seen as a favorite.

But, like the badass that Simone Manuel is, she proceeded to prove that it doesn’t matter where you put a champion; she’ll always find a way to win. Despite a few desperate final sprints, she held the lead from start to finish and hung on to claim the gold. So, again, and a little louder for the people in the back: never underestimate Simone Manuel.